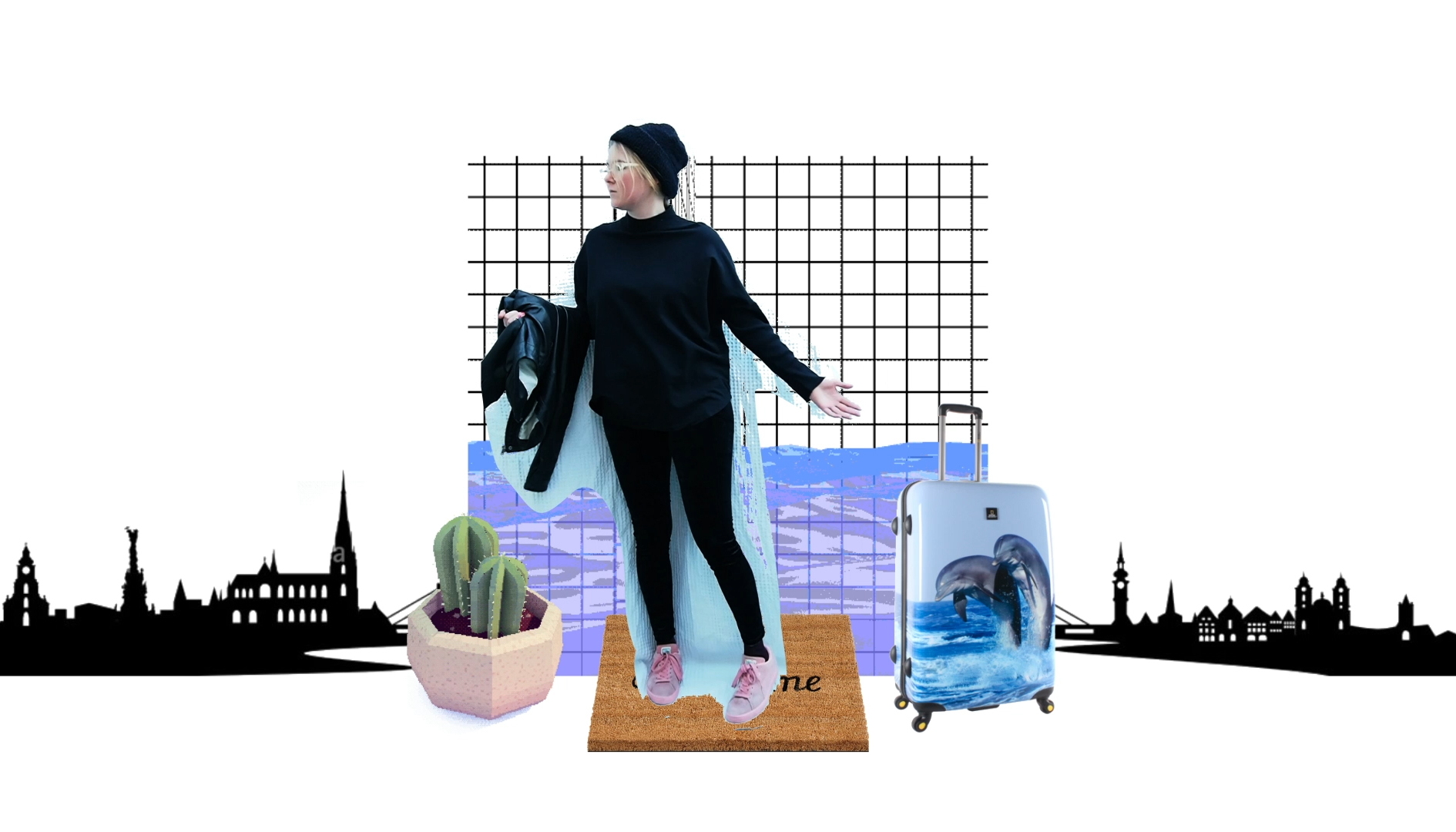 The work Need Space defines a fixed point in the life of Isabella Auer and symbolizes the unexpected return of the artist to her birthplace and the resulting constraints and changes.

The installation consists of a column in which a mobile phone is installed. The devices continuously displays the previously-realized video collage Need Room (2016), which is played in a loop. Need Room is a GIF work based on the viral internet phenomenon of “Confused Travolta” – an animated GIF in which a cutout of the actor John Travolta taken from the movie Pulp Fiction (1994) is edited into other scenes of various contexts. In her reconstruction of the meme, the artists inserts herself in the pop-cultural scenes and re-connotes gestures, scenery and style into contemporary Internet aesthetics. Need Space connects the digital content is with a sculpture in concrete. Ephemeral structures of the Internet meet a materiality that represents stability and isolation.

The work serves as a visual underlining of the artistic development of the protagonist. Finding its origin in the digital, her installations increasingly move in physical space. The column acts as a connective element between digital and analogue, between the artist’s past and her present.

Isabella Auer (* 1992) is a media artist from Linz. She discovered her love for flashy animated GIFs and pixel explosions during her time with the Spanish artist collective Hungry Castle. Her works range from videos and animations to interactive installations, often with a focus on pop cultural themes. In addition, Auer always tries to program crazy things and blow up homemade inflatables.