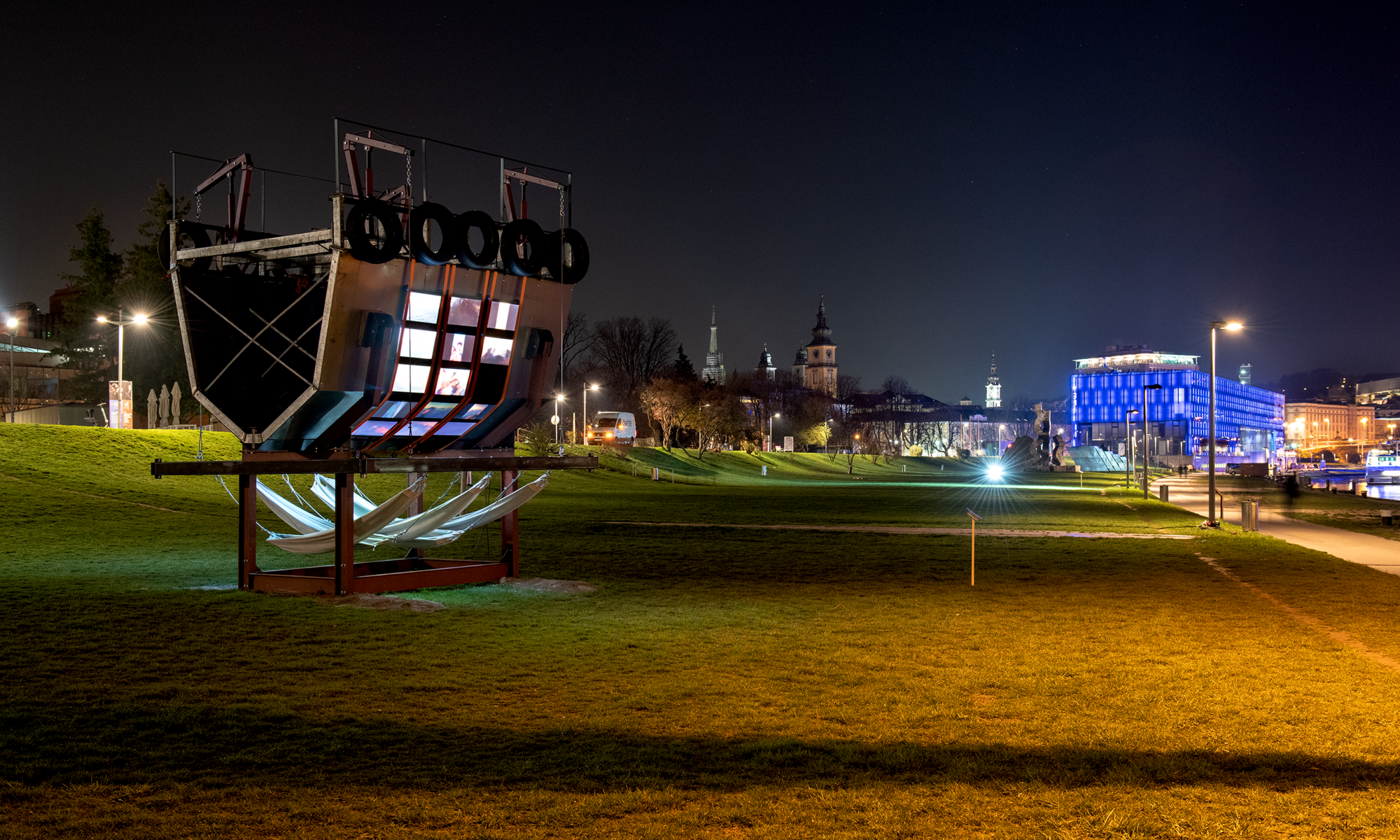 Keelhauling is a sculptural installation that brings together a range of different sentiments: from nostalgic childlike wonder associated with the tension in exploring distant horizons to the deadly reality of harnessing war, economy, and expansionism.

The work represents a monumental cut-out of a ship with screens covering both sides on the outside and car tires on top, reminiscent of shock-absorbers for the vessel. At the bottom of the construction, a few hammocks hang on the outside of the ship.

The video screens show streams of images that refer to the relationship between man and water: sometimes a bit naive or ironic, sometimes serious and real. Of course, more screens do not imply automatically the presence of more information. On the contrary, the “sea of images” is overwhelming and its perception focuses on rhythms and movements intertwining fiction and reality.

The title Keelhauling refers to a lugubrious punishment that used to be imposed by the captain of a ship. The person was punished by being dragged under the keel of the ship with rope, causing serious injuries or death. It is unclear whether this punishment was actually applied effectively, but was already mentioned in Greek maritime laws around 800 BC. Another part of history where myth and reality are mixed up.

Karl Philips (* 1984) is a Belgian artist for whom a gentle kind of activism is inextricably linked to his work. Within his performative art, he explores the differences between public and non-public, collective and alternative, “us” and “them”. To capture and represent his actions, Philips uses various methods, often summarized in unconventional monumental installations in which he flirts with the limits of what is possible or legal.