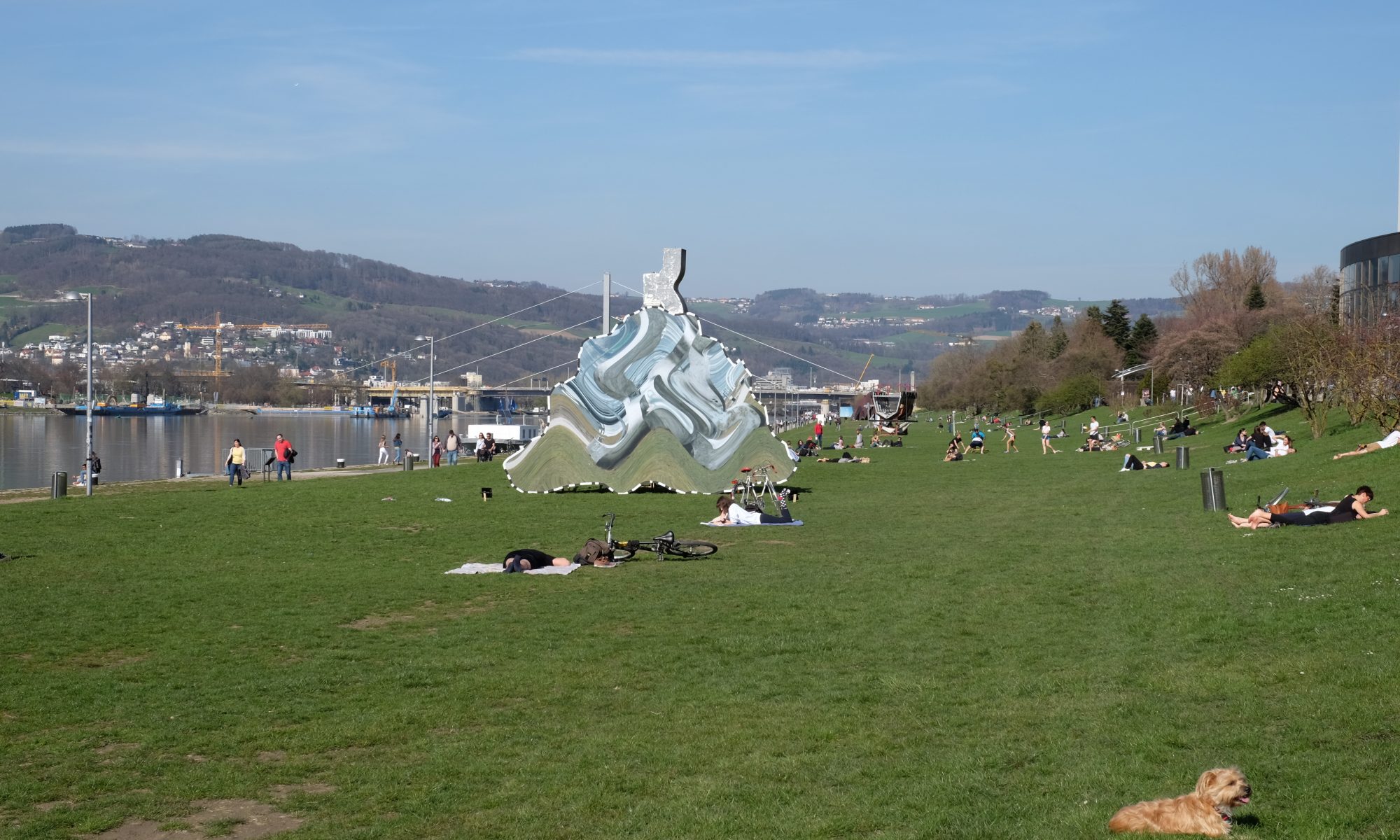 The work Super Wave is a temporary, site-specific installation that engages with the space of the Donulände and acts at the intersection between digital and analog.

In front of Reiter’s amorphous construction, Kluckner placed a large-scale billboard with a distorted image of the same historic sculpture. Through digital manipulation, the motif of the sculpture is blurred with its surroundings and is dissolved into waveforms.

From one specific observation point, Kluckner’s manipulated image on the billboard optically matches the sculpture behind it, creating a perceptual short-circuit between physical and digital landscape. Like with Kluckner’s work Cloud (2013), the viewer’s reception is fooled. He or she is given the impression that the landscape is being modified through a digital image-editing software.

Thomas Kluckner (*1977) lives and works in Linz. In his works, he deals with the perception of certain everyday situations and the resulting questions of authenticity and reality. Central elements of his work include optical illusions as well as the play with materials, their translations and transformations.